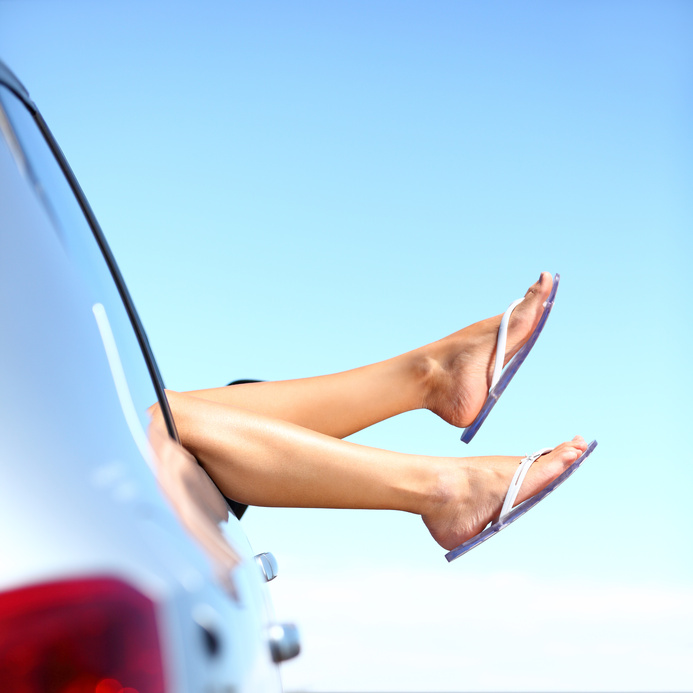 Even though I knew it was inevitable, I was still shocked and saddened when it happened. After 14 years together, my beloved companion, the one who accompanied me to college and on numerous epic road trips, died. I am speaking, of course, of the beloved car of my youth. My first car, purchased in 1999 with parent assistance, was a 2 door Ford Explorer ZX2. I admit to buying it because I thought it really looked cool (and was an awesome shade of dark green), but it really was a great car.

When it finally traveled its last mile, I had to do something that I had never attempted as an adult. I had to make an intelligent car purchase. In the Los Angeles area, you can not afford to have a lemon for a vehicle, and I was determined to go about my research carefully. My first step was to go to a few different car lots. I checked out Ford (naturally), Chevy, Honda, Subaru, and basically the “big name” manufacturers. I had never even considered Hyundai until Sarah, one of my oldest friends, told me she was going to pout if I did not accompany her to the Puente Hills Hyundai dealership.

Before the trip, I dug into Hyundai’s history a bit. It is a relatively young company, only founded in 1967, but it has already established a big footprint, with about 6,000 dealerships and showrooms in 193 different countries. They also seem to spread out their research and development, with three R and D centers in its home country of South Korea, and one each in Germany, India and Japan. I also learned that Hyundai is known for its warranty, which is one of the longest in the industry, and that they have an improving reputation for quality. The Hyundai Elantra was recently named the North American Car of the Year by the North American International Auto Show.

After Sarah and I did a few test drives, I was sold. As she is fond of saying, there are different features for different creatures, and Hyundai had a few cars that offered what I was looking for. There were also plenty of Hyundai dealerships in los angeles and the surrounding areas, which allowed me to negotiate a good deal. I decided on the Elantra after the test drive at the Puente Hills Hyundai, and then negotiated between Keyes Hyundai, Los angeles hyundai and (the one with the eventual best deal) Puente hills hyundai. The end result was my new baby, an Elantra that offered the best combination of content and affordability, with an epic warranty to boot.